A startup is a young company that is just beginning to develop. Startups are usually small and initially financed and operated by a handful of founders or one individual. These companies offer a product or service that is not currently being offered elsewhere in the market, or that the founders believe is being offered in an inferior manner. ( source here )

Bukalapak is a privately held technology company in Indonesia and one of the largest e-commerce company in Southeast Asia with more than US$1 billion of valuation, making it a unicorn company. Bukalapak was founded by Achmad Zaky in 2010 and started as an online marketplace, but has since expanded to providing other services both for consumers and businesses, with a particular focus on small and medium-sized enterprises. As of 2018, Bukalapak has more than 50 million users and process half a million transactions per day

The Indonesian e-commerce battle recently has a new combatant: Blibli.com, which is owned by PT Global Digital Niaga, a subsidiary of Djarum Group. The ownership of Blibli.com is also shared with BCA, one of the largest banks in Indonesia.

Traveloka.com is an Indonesian flight booking website with a mission to make travel simpler and more compelling. The Jakarta-based online flight booking was founded by Indonesian engineers with years of experience working for repu table tech companies in Silicon Valley, US. Traveloka.com previously raised its series A investment from Global Founders Capital and early stage investment from East Ventures.

BLANJA.com is an ecommerce established by joint-venture between the Indonesian biggest telecommunication company Telkom and U.S.-based giant ecommerce eBay. As one of the biggest marketplace in Indonesia that sells more than 500 million products, managing campaign is one of the biggest challenges facing by BLANJA.com. Having such huge inventories means it will take a lot of times to manage the campaign from the creation process, monitoring and optimization.

Alodokter.com plans to be the number 1 healthcare website in Indonesia. We aim to bring medical knowledge to Indonesian public by providing easily accessible content in Bahasa Indonesia and by developing an online healthcare commu nity.

Ruangguru was founded in April 2014 by Adamas Belva Syah Devara and Muhammad Iman Usman to aid students to find various tutors online.As of August of the same year, there were more than one thousand teachers registered. Ruangguru was also funded by East Ventures.In February 2016, Ruangguru introduce its beta version of Android app and full version in April.On 5 July 2017, UOB Venture Management was reported to fund Ruangguru as the third funder with Series B financing.

Elevenia is a joint venture e-commerce company, established by PT XL Axiata, Tbk., the cellular network provider operated in Southeast Asia, and SK Planet Co., Ltd., company from South Korea which provides online and mobile service for e-commerce, digital content, and advertising and marketing businesses. It was launched in March 2014 and covered 8 categories of products, including fashion, beauty/health, babies/kids, home garden, gadget/computer, electronic, hobby dan service/food. When it was first operated, the company listed 600.000 products from around 7.000 sellers in the website.

The Cock And The Fox – Agung Wicaksono 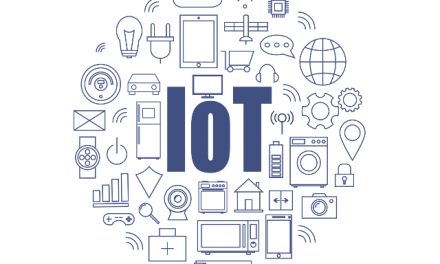